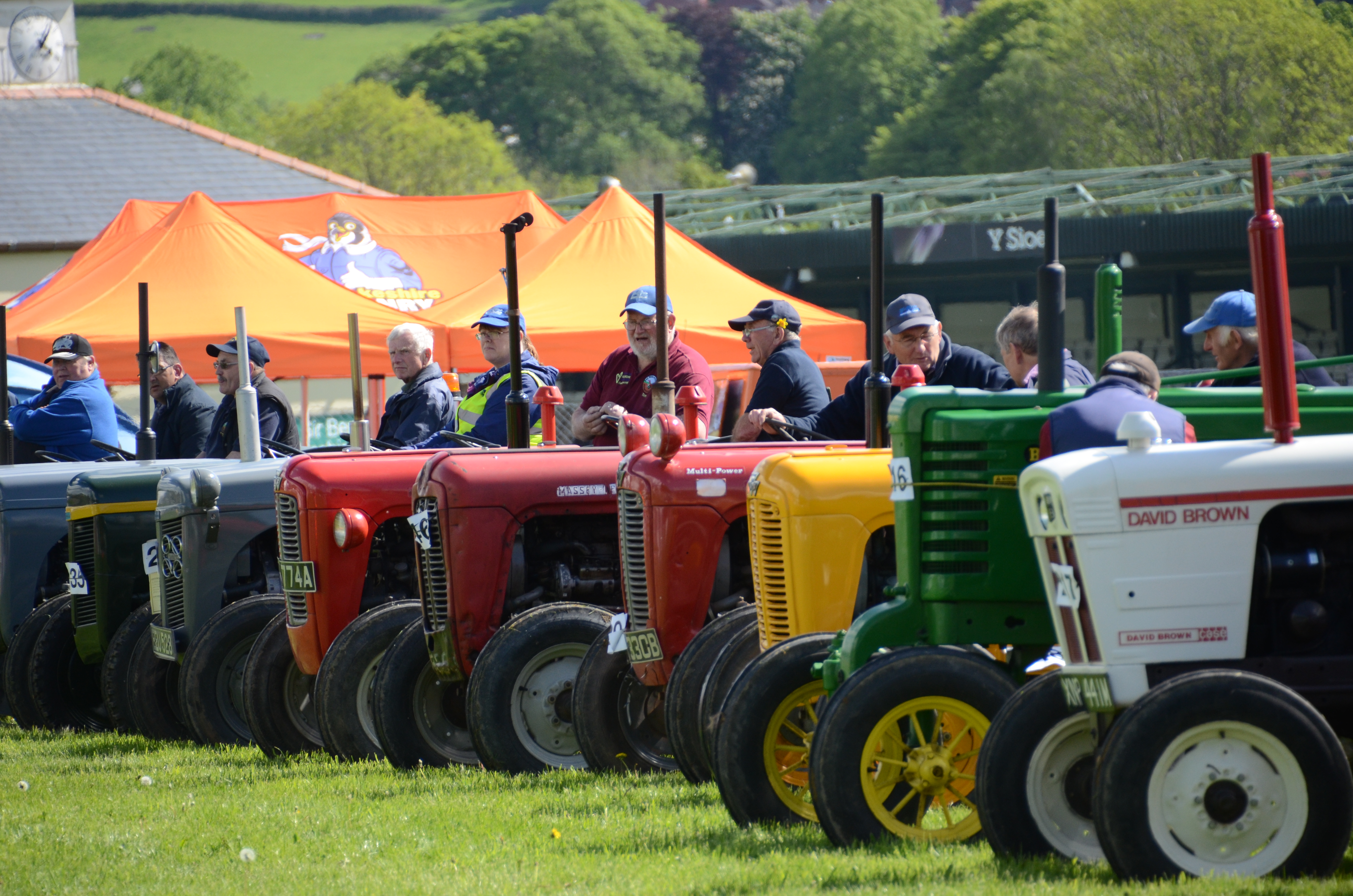 A fantastic, fun-filled couple of days has been enjoyed by thousands at the Royal Welsh Smallholding and Countryside Festival in Llanelwedd this weekend. As a celebration of rural life, the festival had smallholders and those who have a love of the countryside and outdoor activities at the heart of the event

With opportunities to benefit from a large range of free workshops, talks and demonstrations, eager festival-goers were able to learn about all sorts of interesting activities, ranging from soil health, keeping pigs, native bees, blade shearing and growing vegetables, throughout the weekend.

The festival is always filled with fun, educational activities and this year was no exception. Whether you tried your hand at crocheting or took in the sights of the re-enactment group, there were a wealth of different rural crafts on display, old and new. The Country Life area was full of exciting action, such as climbing walls, cycling, circus skills, a bee experience tent and dog agility (to name just a few). Not forgetting the wonderful CowsOnTour team who ended their educational roadshow at the showground.

Having spent the past week visiting 15 schools across Wales, and telling the farming story to over 2000 children, the hard working CowsOnTour team spent the weekend engaging with visitors and explaining in a fun, hands-on way where our food comes from and the importance of farming.

“Being able to learn first-hand about agriculture and the importance of farming is a really important part of our Smallholding and Countryside Festival” explains Kay Spencer, Festival Director.

“The CowsOnTour initiative is a truly unique way of getting both children, and the general public, more engaged with knowing where their food comes from. We are delighted that we have been able to support this dynamic young team throughout their roadshow and during the festival. It’s great that our visitors have be able to get involved with the full CowsOnTour experience and learn more about the Welsh agricultural industry and the whole farming story.”

Attracting competitors and smallholders from near and far, the livestock competitions had an excellent line-up of animals in all sections. The goats, in particular, had a huge numbers of entries and a great two-days of competitions. With over 65 showing in the Boer Goat classes, it has been the largest gathering of this breed in the UK, to date.

“We are really pleased with how much everyone enjoyed the first Royal Welsh event of 2019.” continued Kay. “This event is always a fantastic way to kick-start the show season and we are delighted how all the visitors have enjoyed all aspects, old and new, of the festival. It has been clear from the wonderful friendly festival atmosphere that everyone has fully embraced the ethos of the event… a celebration of smallholding and rural life.”

Having enjoyed all the livestock competitions, the crowds gathered to watch the Jez Avery Stunt show, the fantastic H&M Dog Display team, the entertaining Meirion Owen and his famous Quack Pack, along with a host of other entertainment, including scurry driving, show-jumping, tug-of-war competitions and the spectacular display vintage and Land Rover parades in the festival display ring.

The more athletic visitors tackled the mid-Wales hills to once again take on the challenge of the Royal Welsh Trail Running Festival, run in conjunction with Run 4 Wales. A series of challenging but scenic trail races, starting and finishing in the showground and taking in the surrounding valleys, fields and woodland tracks was held on the Saturday of the festival. The hundreds of finishers, including the winners of the Welsh Championship race, were presented with a trail-running t-shirt and a commemorative Welsh slate medal.

No Royal Welsh event would be complete without its offering of food and drink and this year’s festival didn’t disappoint. As well as the food hall, bursting with regional producers all showcasing the very best produce from Wales and the border counties, the popular street food area was packed all weekend with people relaxing and listening to the live music and enjoying a leisurely tipple and tasty treat.

For the first time, our Royal Welsh app included details for the Smallholding and Countryside Festival. Tech-savvy visitors were able to download the new-look app to get a sneak peek at the festival programme and details about the event. The new app also included an exclusive treasure hunt which allowed users to collect virtual badges throughout the showground and exchange them for a free gift and child’s ticket to this year’s 100th Royal Welsh Show.

“The Smallholding and Countryside Festival has been the perfect way to begin the show season for the Royal Welsh Agricultural Society.” said Steve Hughson, RWAS Chief Executive. “We are fortunate to have tremendous support from all – tradestands, sponsors, competitors, volunteers and visitors – at all of our events, the next one being the up-coming 100th Royal Welsh Show just nine weeks away, held here at the showground in Llanelwedd on 22 – 25 July.”

The top results for the weekend are listed below, a full list of competition results will be available on the website shortly: www.rwas.wales

The top results from the weekend: