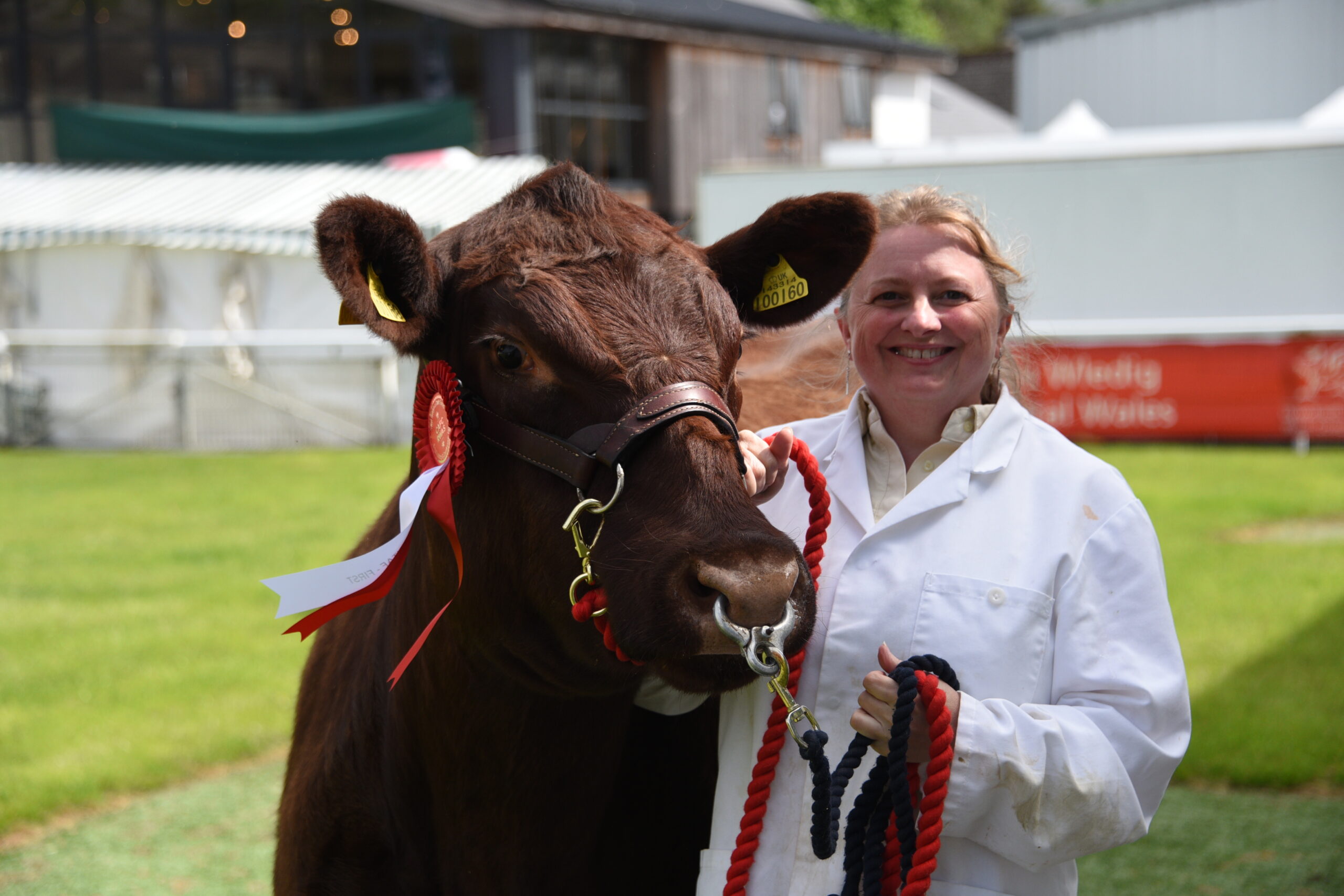 A fantastic, fun-filled couple of days has been enjoyed by thousands at the Royal Welsh Smallholding and Countryside Festival in Llanelwedd this weekend. The two-day event was a celebration of rural life, showcasing the real diversity of the Welsh countryside, and proved to be a great day out for young families, smallholders, and anyone with a love for the great outdoors.

With opportunities to benefit from a wide variety of talks and demonstrations at the Smallholder’s Centre, smallholding farmers and garden enthusiasts were able to learn about all sorts of interesting activities, including beekeeping, foraging, sheep management, pig rearing, biodiversity, soil enrichment, and regenerative farming. Among the highlights of the Speakers’ Corner was a talk by BBC’s Ground Force and Garden Rescue presenter, Charlie Dimmock on Wildlife and the Water, where many gathered to pick up useful advice and gardening tips.

The Smallholding and Countryside Festival is always filled with exciting entertainment, and this year was no exception. From woodchopping and forestry competitions to the Medieval Re-enactment Camp, there was a wealth of different rural crafts on display. The Country Life area was bustling with have-a-go activities, such as the children’s cycling course, circus skills from the Panic Family Circus, and the Gower Dog Agility with the opportunity to bring your own dog to take part! The Premier Open Dog Show was also held in the Country Life Area, where we saw hundreds of dogs competing to qualify for Crufts 2023.

Attracting competitors and smallholders from near and far, the livestock and equine competitions had an excellent line-up of animals in all sections, and even a celebrity guest appearance from TV presenter, Kate Humble, who helped to exhibit ‘Eric’ the Highland Bull in the Traditional Rare and Native Breed cattle competition. Several livestock sections were added this year, including a new stand-alone Blue Texel Section, a Boer Goat Section, Dairy Cattle Youngstock, and Dairy Young Handler Sections.

Geraint James, the Honorary Festival Director commented on the success of the first RWAS event of 2022; “We have had a fantastic response to the Smallholding and Countryside Festival, everyone was so pleased to be back in Llanelwedd to kick-start the show season. For many, the Festival was the first event they have attended since the Covid pandemic so there was a real feel-good, positive atmosphere around the Showground, which the sunny weather only contributed to.”

New for this year, The Meirionnydd Shearing Centre was branded as the Wool Zone, showcasing the versatility and fabulous creations which can be made from wool with a variety of displays and tradestands. The wool handling competitions attracted many spectators who enjoyed watching the competitors battle it out in the novice, intermediate and open competitions.

There was a busy line-up in the Festival Display Ring to keep visitors entertained. The crowds gathered to watch the Show Jumping competitions, the BMX Bike Show and the Rockwood Dog Display. Meirion Owen and his Sheep Dogs performed their comical tricks, along with a host of other entertainment, including the spectacular vintage display of the Welsh Festival of Land Rovers where the RWAS Ambassador Lowri Williams got to take a ride around the ring in!

Tyfu Cymru once again took over the Members Centre for the Tyfu Cymru Growers Market, giving growers the opportunity to showcase and sell their products over the two days. The willow arch from West Wales Willows was decorated with beautiful fresh flowers from Flowers on the Farm and Blue Hill Flora, creating a striking photo opportunity for visitors.

In Hall 1 there was a range of educational activities on show, such as the Cows on Tour stand, the NFU Discovery Barn, Ysgol Calon Cymru’s Dragon’s Den project, and pottery demonstrations. Farming and horticulture-themed activity sheets were available to download online from QR codes across the Showground or printed copies could be collected from the Show Shop.

No Royal Welsh event would be complete without its offering of food and drink and this year’s Festival didn’t disappoint. As well as the Food Hall which hosts producers all showcasing the very best produce from Wales and the border counties, the popular Street Food Area was bustling throughout the weekend with people taking a moment to relax and enjoy a leisurely tipple and tasty treat.

The Royal Welsh app was relaunched for the Smallholding and Countryside Festival. Visitors were able to download the new-look app to get a sneak peek at the Festival programme and details before the event.

Looking ahead to the future, Geraint said; “Following my first year as Director, I am looking forward to developing the Smallholding and Countryside Festival further and working with new partners to create more opportunities and to expand the event. We are fortunate to have tremendous backing from all our traders, sponsors, competitors, volunteers, and visitors – at all our events, and are ever grateful for their continued support. The Royal Welsh Show is just eight weeks away, and we look forward to seeing everyone again at the Showground in July.

The top results for the weekend are listed below, a full list of competition results will be available on the website shortly: www.rwas.wales

The top results from the weekend:

Festival, Society,
More News
Professor Wynne Jones takes the helm as the new Chairman of the RWAS Board
RWAS appoints the next Chief Executive
One week to go until the Smallholding & Countryside Festival!