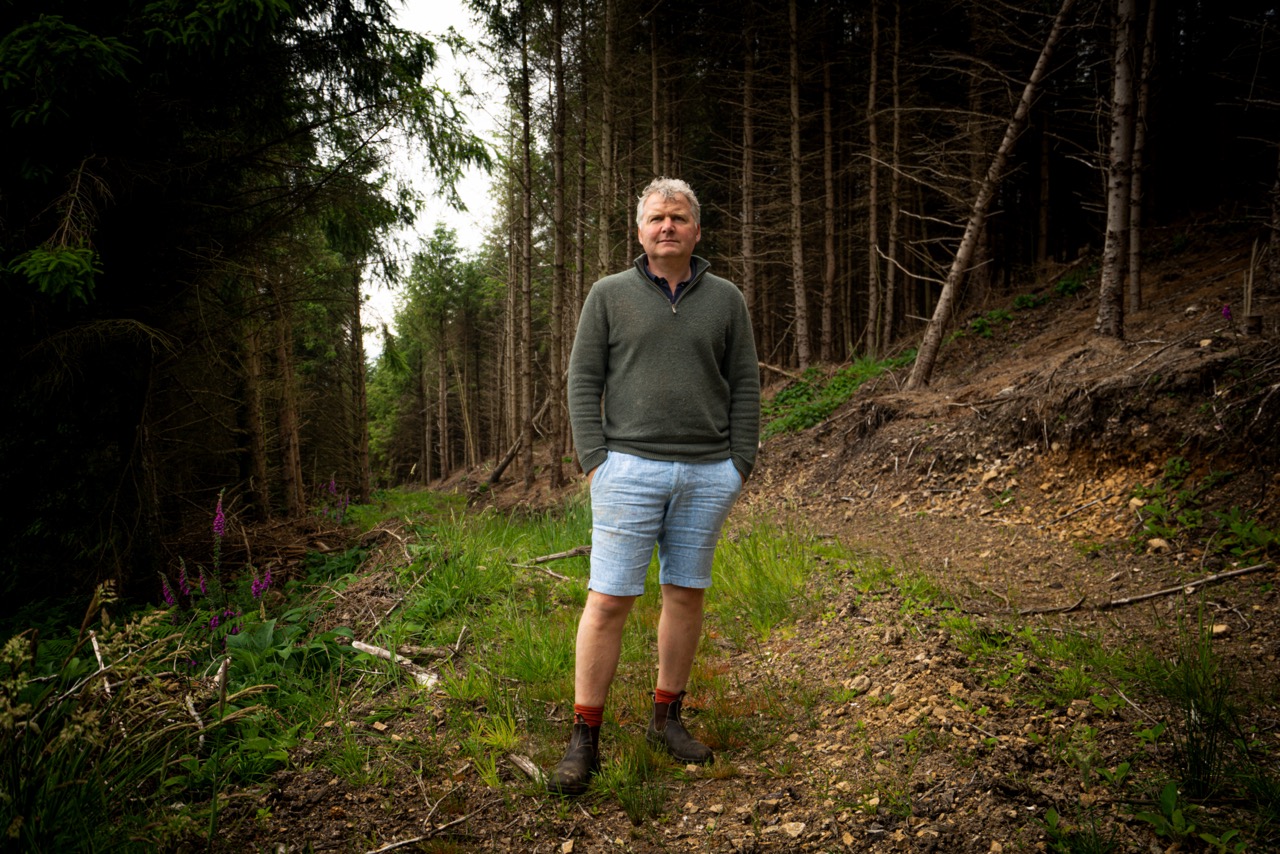 With just a week to go until the showground in Llanelwedd is once again full of visitors, exhibitors and superb livestock, The Royal Welsh Agricultural Society is looking forward to welcoming returning Winter Fair enthusiasts back to the Royal Welsh Showground.

This year’s Winter Fair will be officially opened by Mr Dafydd Wynne Finch on the first day of the event (28th November).

Dafydd Wynne Finch is a well-known landowner and farmer from North Wales. Dafydd grew up on the family beef and sheep farm, Cefnamwlch, in Tudweiliog on the north side of the Llŷn Peninsula, which he converted to a dairy farm in 2003. He and his Farm Manager Carwyn Rhys Davies now milk Jersey Cross cows with a focus on milk solid products and butterfat for cheesemaking. The milk they produce is from a rotationally grazed grass system which gives greater control over grass production, improves grass quality and increases the animal’s performance. Dafydd is also currently in the process of building a cheese production facility on Anglesey.

Dafydd went to agricultural college and worked in banking before moving back to the farm twenty years ago. As a Nuffield scholar, Dafydd has travelled to Israel, India, China, Australia, USA and New Zealand for his studies. His chosen subject for his Nuffield scholarship in 2013 was the collaboration of people, looking at alternatives to landlord and tenant relationships and into different ways of running farm businesses. The most exciting findings were in New Zealand, which he observed had a very developed share farming system. Dafydd hopes that these systems can be implemented into the UK to bring new talent into farming.

Cefnamwlch farm runs on a farm share basis with Carwyn who owns a percentage of the cows. Dafydd’s farming practices maintain a focus on sustainable and regenerative farming, keeping large areas of land free for trees and woodland areas. One system Dafydd has put in place at Cefnamwlch is continuous cover forestry. This increases biodiversity levels and creates more habitats for the surrounding nature and wildlife.

Mr Finch will officially open the Royal Welsh Winter Fair at 10am on Monday 28th November in Exhibition Hall 1, Main Ring. Following the official opening, there will be presentations of the John Gittins Memorial Award 2022, and the RWAS Oxford Farming Conference Bursary 2023.

For more information about the Winter Fair or to buy tickets visit the RWAS website.