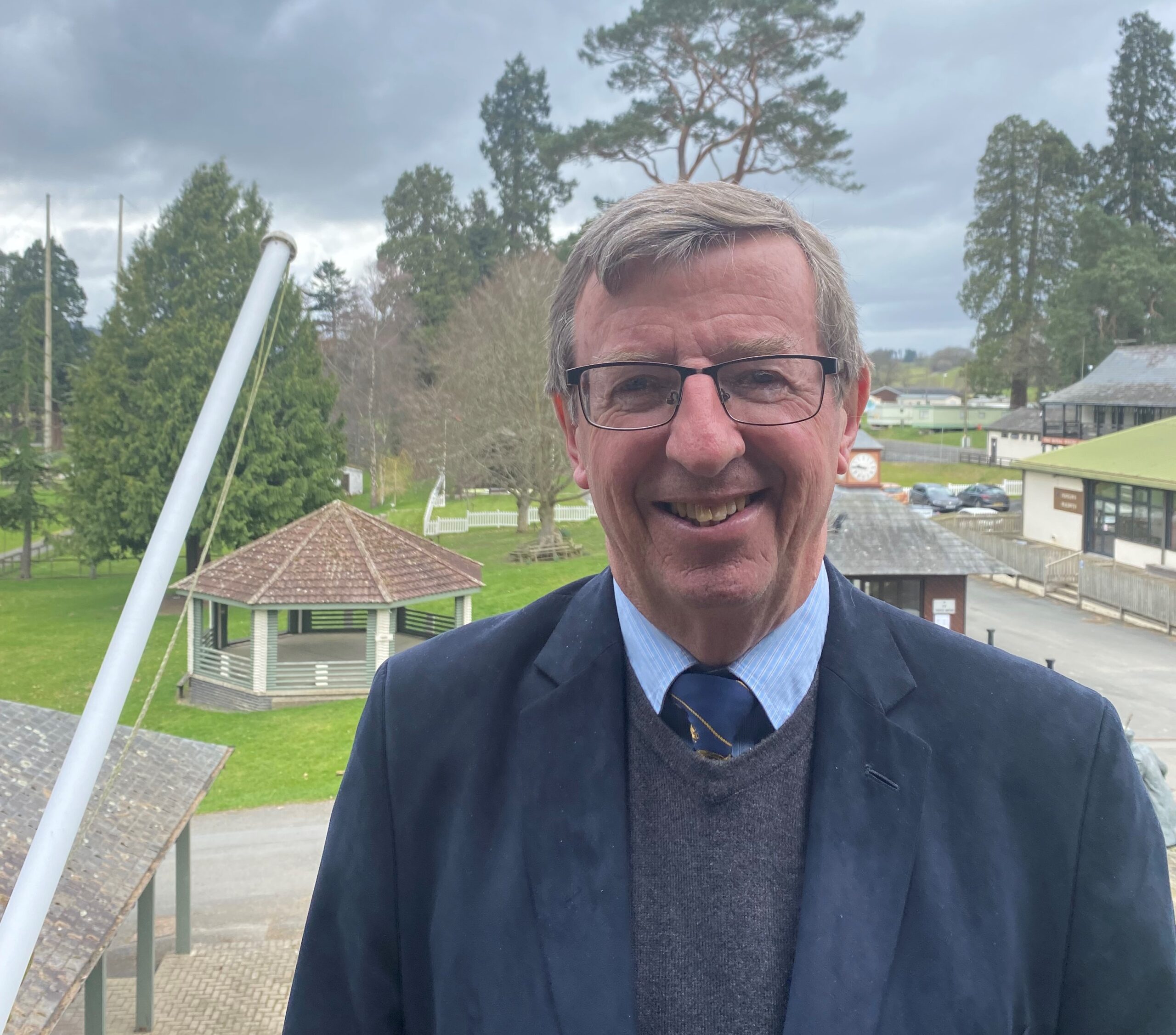 Professor Wynne Jones has been elected as the new Chairman of the RWAS Board of Directors following Mr John T Davies’ decision to step down after ten years of dedicated service to the Society.

A well known figure in the farming world, Prof Jones is the youngest of four brothers and was bought up on the family farm in Dolwen, near Colwyn Bay. He attended the University College of North Wales, Bangor where he graduated in Agriculture in 1970. Following a short period working for the Animal Breeding Research Organisation based in Scotland, he joined Reading University as a Research Assistant whilst also undertaking research for the Degree of Doctor of Philosophy which was awarded in 1976.

Until 1988 he was Head of Animal Production at the Welsh Agricultural College (now part of the Institute of Biological, Environmental and Rural Sciences) at Aberystwyth. In 1988 he was appointed Vice Principal and Director of Research at Harper Adams Agricultural College (now University) and was appointed Principal in 1996. Prof Jones is a former President of Future Farmers of Wales, former Chair for Farming Connect Wales, and a former Chair for the Nuffield Farming Scholarship Trust UK.

His personal contributions have been well recognised by the industry; in 2019 he was awarded a lifetime achievement award by Lantra Cymru for his contribution to the environmental and land-based industry. Earlier in 2009 he was awarded the OBE for services to agricultural higher education. In addition, he has held many appointments to agricultural strategic boards and advisory committees due to his knowledge and expertise.

Prof Jones’ involvement with the Royal Welsh Agricultural Society began in 1975 as a trade exhibitor with the then Welsh Agricultural College and latterly Harper Adams University. He has had the opportunity to adjudicate several competitions over the years, including the Sir Bryner Jones award on a number of occasions. In 2015 Prof Jones was invited onto the Board and has since chaired the Staffing & Remuneration Committee.

Prof Jones now lives in Aberystwyth with his wife Irfana, a retired solicitor, and has two daughters who are actively involved in their respective farm and rural business.

The role as Chair of the Board of Directors will involve leading the Board in discussing proposals submitted via the various committees and counties of Wales. These proposals will then be included in the Society’s annual and strategic plans.

Professor Wynne Jones described the appointment as a great honour in his article for the 2022 RWAS Journal. “I follow in the footsteps of many committed individuals whose endeavours have ensured the Society enjoys such an eminent position in the activities of rural Wales and further afield. I intend to devote my energies as Chair of the Board to develop and build on these past successes.”

The newly appointed Chief Executive of the Royal Welsh Agricultural Society, Aled Rhys Jones said; “I am looking forward to working alongside such an experienced and well-respected figure within the agricultural industry. The skills and experiences that Professor Jones has amassed over his impressive career will be of significant benefit to the Society as we navigate our future path. We are embarking on an exciting new chapter in the proud history of the Royal Welsh and Professor Jones will bring sound leadership and judgement.”