The Royal Welsh Agricultural Society pays tribute to the Queen 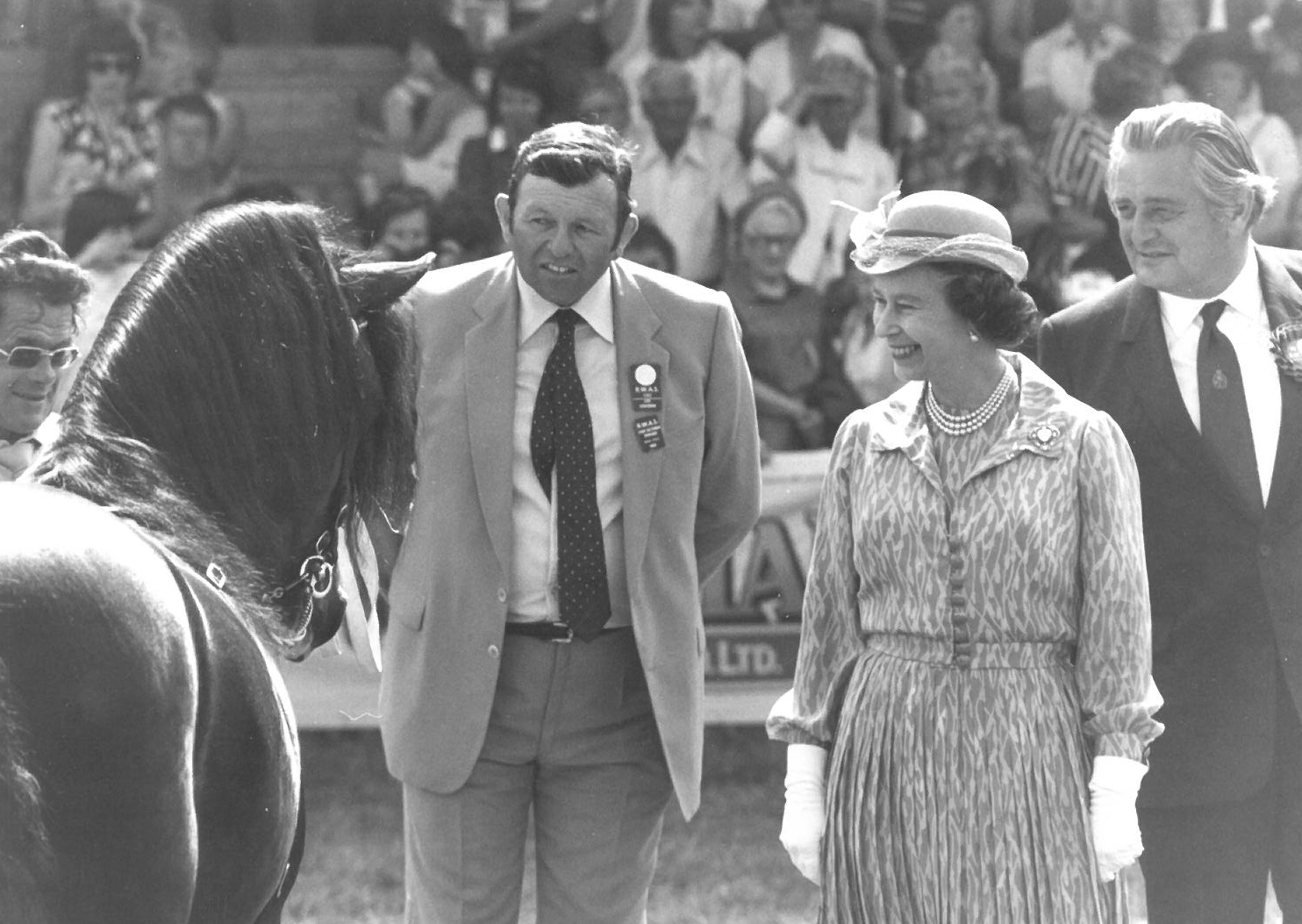 It is with profound sadness and a deep sense of loss that the Royal Welsh Agricultural Society marks the passing of Her Majesty, the Queen, Queen Elizabeth II.

We join the entire nation in mourning the Queen who was the Patron of the Society for 70 years. Her dedication and interest in Welsh agriculture has been a constant support to the Society.

In 1947, The Queen, who was then Princess Elizabeth, had her first official role in the Society as Honorary President for the year. During her time as President, the Princess visited the Royal Welsh Show, held in Carmarthen, and undertook ‘a triumphant tour of the showground’. An extract from the 1947 show report described the visit:

“Princess Elizabeth visited the show on the opening day and was accorded an ovation on her progress to and from the showground which, at times, became almost embarrassing in its fervour. Her Royal Highness then made a speech in the course of which she evoked great enthusiasm by her reference to ‘this lovely land of Wales’.” After the death of her father, King George VI, the Queen took over the role of the Society’s Patron in 1952 and had held the position ever since. In an extract taken from Society’s 1952 journal, the Royal Welsh Agricultural Society’s Chairman, Sir Bryner Jones, wrote about the Queen’s decision to become our patron:

“… my first duty must be to express our deep sense of gratitude that Her Majesty Queen Elizabeth II has graciously intimated her intention of continuing the patronage which her late father King George VI and her grandfather, King George V, had extended to the Society. By her gracious decision to allow her name to be linked with our Society, she has given ample proof of her concern for the future prosperity of Welsh agriculture. It is our earnest hope that Her Majesty may be spared to enjoy a long, happy and peaceful reign.”

Her Majesty the Queen had since visited the iconic Royal Welsh Show on a number of other occasions, most recently in 2004 in the Society’s centenary year. During her visit the Queen officially opened the new Entrance A and Shearing Pavilion before taking in the sights of the show and presenting the official Society awards and the Welsh Pony and Welsh Cob Stallion prizes in the Main Ring. Chief Executive of the Society, Steve Hughson said; “On behalf of everyone at the Royal Welsh Agricultural Society, I send my deepest condolences to members of the Royal Family at this difficult time. The Queen has provided steadfast support and guidance to our country and others across the world, and I am lucky to have experienced her curiosity, humour, and deep sense of duty first hand. These are memories that will never leave me.”

Chair Designate of the Board of Directors, Professor Wynne Jones also commented; “We extend our condolences to King Charles and the entire Royal Family and wish to record our gratitude to the Queen for her interest in rural affairs and support to the Royal Welsh Agricultural Society.”

Our deepest sympathies go to the Royal Family at this sad time.