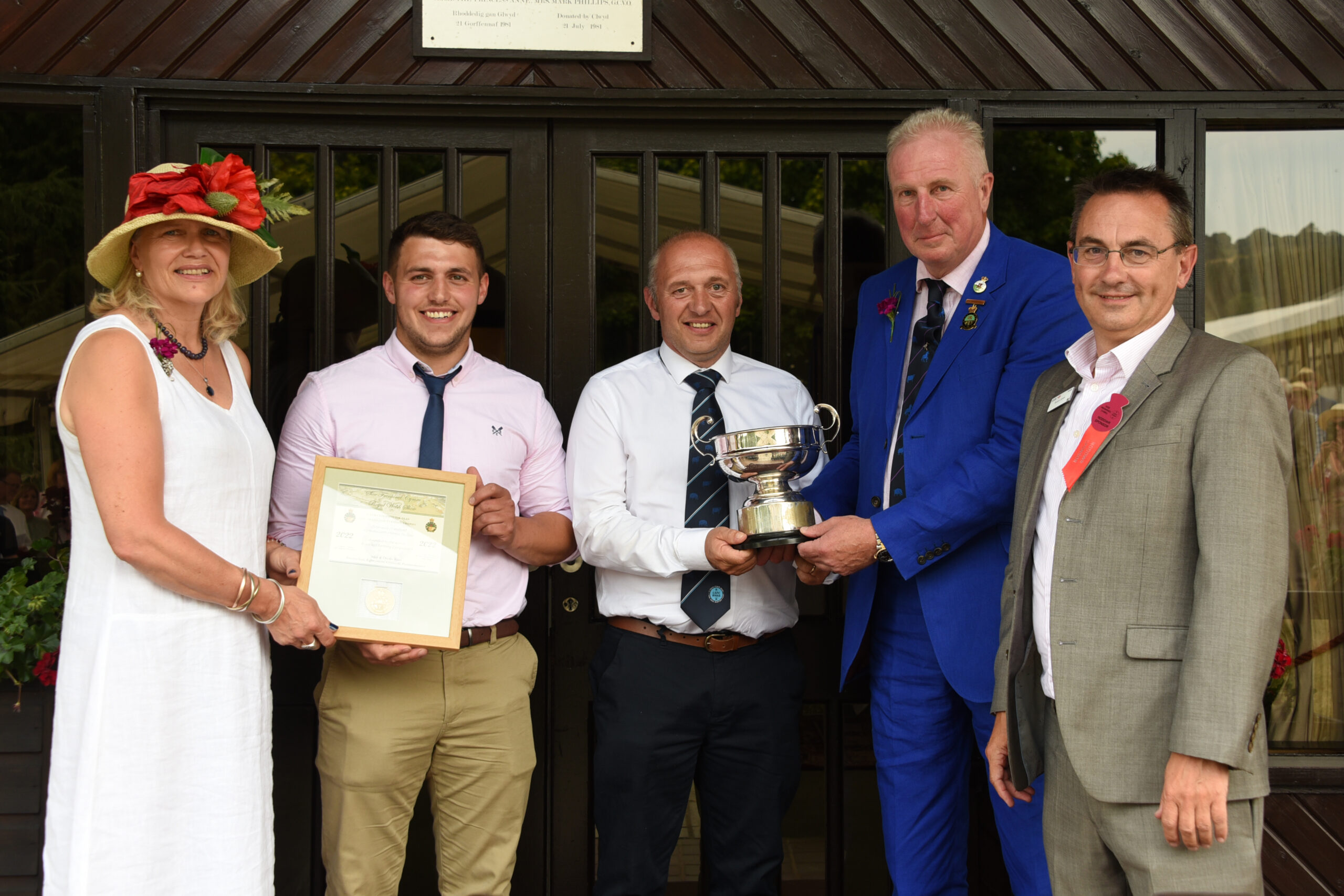 Welsh farmers are renowned as some of the world’s experts at growing grass as a crop and many of them compete for the annual All Wales Grassland Management Competition.

This prestigious competition is organised by the Federation of Welsh Grassland Societies (FWGS), in conjunction with Royal Welsh Agricultural Society and sponsored by HSBC.

The winners of the 2022 Grassland Competition are Aled and Owain Rees, of Treclyn Isaf, Eglwyswrw, Crymych, Pembrokeshire.

The competition was very tight as usual, but the judges agreed unanimously on a very worthy winning combination of father and son Aled and Owain Rees of Treclyn Isaf, Eglwyswrw, Crymych, Pembrokeshire (members of Cardigan Grassland Society).

The judges reported that they were privileged to visit five excellent grassland farmers during the course of judging and are grateful to the finalists for the excellent tours of their farms and their willingness to provide and share detailed information on their farming systems.

The generally dry spring and early summer was starting to create a shortage of grass on lowland farms in particular and grazing rotation was already being lengthened with some silage supplementation occurring or imminent. Grassland and forage crops alike were looking well on the farms visited, and everyone is to be highly commended for the appearance of the grassland and livestock as well as the farms in general.

In order to reach this stage of the competition, it can now be taken for granted that all farms were carrying out the fundamental aspects of grassland management exceptionally well. A common theme, in addition to technical excellence, the gathering and use of information as well as attention to detail, was a great deal of attention to soil fertility and health (especially in light of the substantial increase in fertiliser – and manure – prices) with excellent use of the farms’ manure and slurry, full awareness of the impact of NVZ designations and sound environmental management credentials.

Treclyn Isaf farm is 384ha (950 acres) in total, a proportion of which is on fairly heavy clay soils, and all managed organically (organic since 2001). The farm is made of 16ha (40acres) of arable cropping and 368ha (910acres) of grassland. Cropping include forage rye, peas plus barley and oats, red and crimson clovers as well as fodder beet, which is grown for the farm on contract.  The main dairy holding, is 104ha (260acres) and carries 300 largely Friesian/Holstein block calving dairy cows (⅓ spring and ⅔ autumn calving). Milk yields currently average 7,500litres per cow from 1790kg concentrates and 100kg straights with 10,400 litres/ha being produced from forage.

The judges were particularly impressed by the fully integrated system of land and animal management where every aspect of land animal management tied in neatly together. A key feature of the farming system were the yield and quality of grass grown, a very impressive 10.3tonnes DM/ha/annum on an organic system.

Judge Marc Jones (winner in 2021 who went on to become the British Grassland Society Grassland Farmer of the Year) commented;

“The adoption of new technologies extending from buildings and cow management information to crop nutrition and grassland management was particularly impressive”. His fellow judge, Dr Iwan Owen, was equally impressed with their grassland management and their extremely efficient use of manure, slurry and dirty water for grazing, silage and cropping.

“We saw a very well thought out and managed system producing milk effectively from a grass and forage based diet to certified organic standards and the Rees family are very worthy winners.”

The Federation Perpetual Trophy and RWAS Memento will be awarded to Aled and Owain at the presentation of awards at the Royal Welsh Show on Tuesday 19th July.