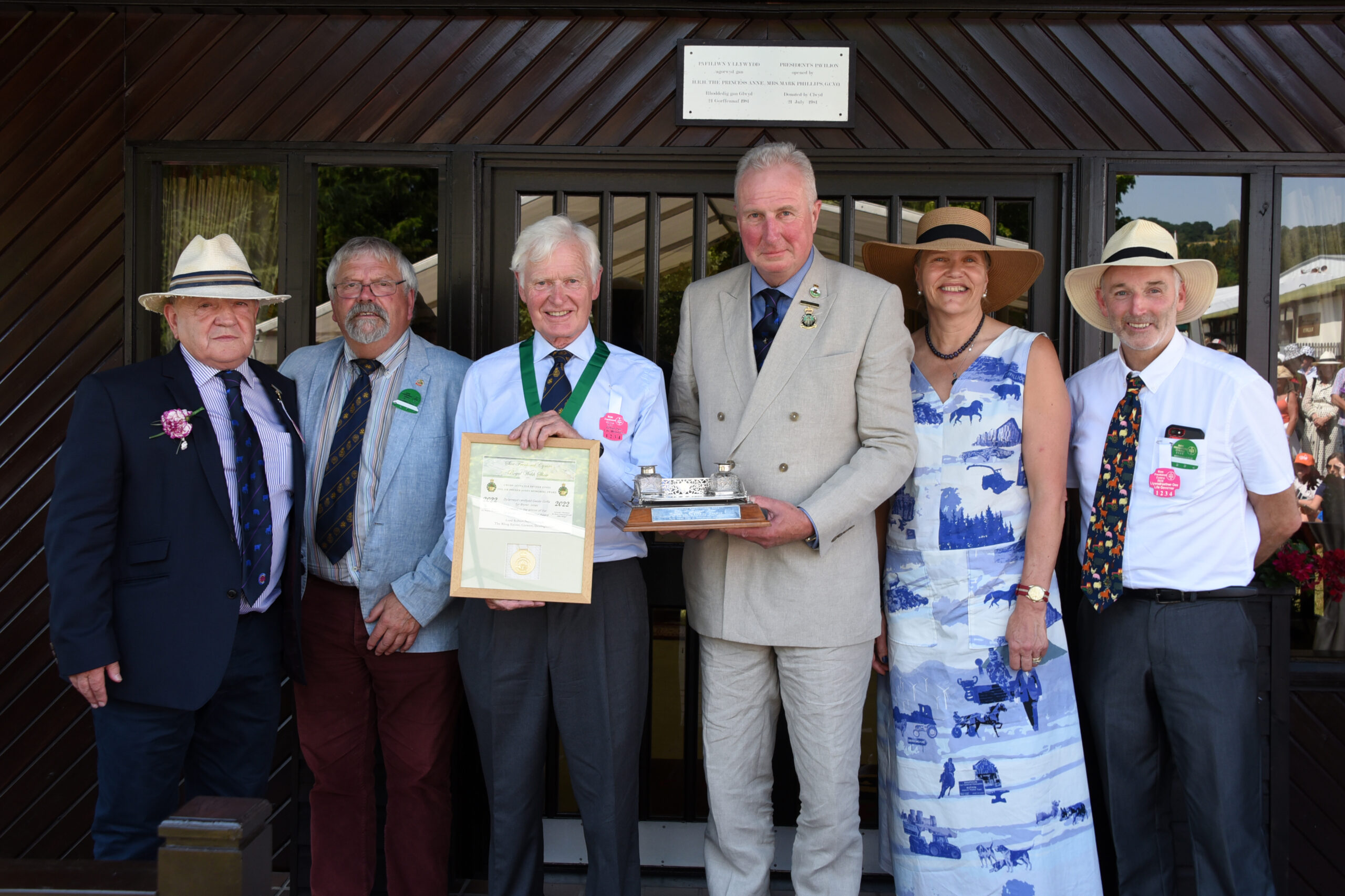 The winner of this year’s award has been kept under wraps until yesterday, (Monday 18 July), the first day of the Royal Welsh Show, creating a sense of excitement and anticipation that befits such a prestigious award.

Sir Bryner Jones helped shape the direction of the Royal Welsh Agricultural Society for fifty years. He was head of the Department of Agriculture and Aberystwyth College in 1907 and went on to be one of the leading agricultural education figures in Wales. He was a person of influence in Welsh Agriculture, becoming both Commissioner and Chair of the Agricultural Council for Wales and subsequently became Welsh Secretary of the Ministry of Agriculture.

Since 1957 the award has been made annually to someone from a different area of the farming industry who has reached the highest level of achievement in the chosen sector. This year the judges were looking for an individual or business, actively involved in primary food and/or drink production that demonstrates sustainable innovation and enhances the environment in Wales.

With all three shortlisted finalists, and their families eagerly awaiting to hear who had won, the Society’s President, Harry Fetherstonhaugh announced that the winner of the 2022 Sir Bryner Jones Memorial Award is Lord Newborough of The Rhug Estate, Corwen.

The Rhug Estate in Denbighshire covers 12,500 acres with approximately 6,700 of those farmed in hand.  Lord Newborough took over the Estate from his father in 1998 and because sustainability is at the heart of the business mission, it was converted to an organic farm with full organic status from 2000.  This sustainable farming model is producing as much now as when farmed conventionally.  Carbon Footprint and Environmental Impact is always in all plans across the business and has been from the offset and since the carbon footprint has been measured, they are in a carbon negative position due to the system and the way they’ve farmed and managed the land.

The farm shop at Rhug opened in 2002 selling its high-quality award-winning meat of beef, lamb, chicken, venison, geese and turkey, in a wide range of products choices and cuts.  There is also a restaurant, cafe and takeaway and a recent addition is the new drive thru which is very popular due to its location right on the side of the A5.

Packaging in the Farm Shop, Drivethru and Takeaway are fully compostable or recyclable as well as the cardboard trays for their meat products and they are constantly reviewing the latest sustainable and environmentally friendly materials. The waste that is generated by the visitors is sorted and everything that can be recycled is recycled. The Rhug Estate supplies meat across the UK to top restaurants as well as exporting to such places as Hong Kong, Singapore and Dubai.

Four years ago, Lord Newborough and Rhug Organic Farm, farm shop and the butcher’s counter were awarded the Royal Warrant of Appointment to HRH the Prince of Wales.  This in itself is a remarkable achievement which shows the recognition and value of sustainability.

Producing Green Energy at Rhug is an integral part of the sustainability model and over the years they have built several hydro schemes, wind turbines, solar panels systems and battery storage and there are several current projects under way including eight rapid electric charging points for visitors and customers calling at Rhug.  Lord Newborough’s innovative approach helped them to launch a new branded skin care range in 2020 using ingredients foraged and grown on the Estate.  There are now well over 100 staff employed across the diverse enterprises on the Estate and that in a rural area is of huge significance and importance to the local economy and infrastructure.

This is a true “field to plate” operation instilled with passion and enthusiasm well led by Lord Newborough and his team based on an extremely strong business model.  It has a clear vision and mission to take the business forward for years to come to expand the name and brand of Rhug.