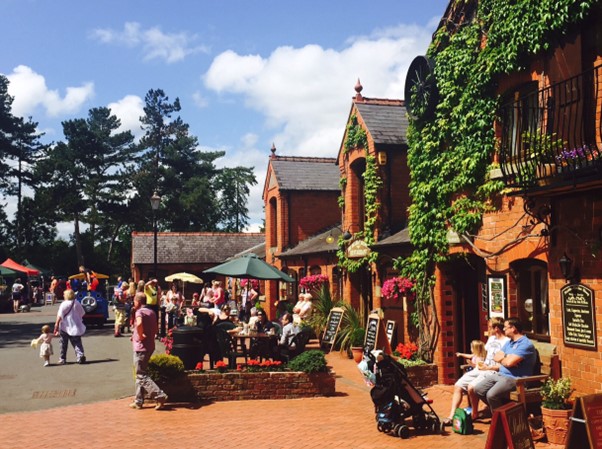 A Wrexham farmstead, The Plassey, built in 1902 and owned by Mr and Mrs Brookshaw has won the 2022 Royal Welsh Agricultural Society’s Farm Buildings and Works Competition.

The competition, kindly sponsored by Harrison Clark Rickerbys Solicitors was open only to farms in the Society’s feature county for this year, Clwyd. The award sought the use of traditional buildings in a modern agricultural and/or food and drink production business and was judged by Mr Colin VJ Pugh FRAgS, Mr Tom Allison (2019 winner) and Mr Christopher Lloyd ARAgS.

This year the judges visited a wide spectrum of traditional buildings that had been converted over the years to diversify the farm businesses. Due to the variety of buildings that had been converted for food use and the various stages of development of the businesses, it gave the judges some difficulty in arriving at a winner, however it was decided that the best building conversion was the 1902 built farmstead at The Plassey owned by Mr & Mrs J Brookshaw.

The centrepiece to The Plassey was a building built in 1902 to the very highest standards of the time. It was constructed of the very best Ruabon brick and internally was finished in glazed bricks. It housed a large shippon with cows tied in stalls, stables, bull pens, feed loft for grain and hay and many ancillary sheds under the same roof.

Fortunately, John’s parents had not removed the internal fittings of the shippon and stables during a previous renovation because in the latest renovation these fittings make a wonderful presence in the bar and restaurant, with each stall having 2 bar stools with the mangers and water bowls illuminated below the timber and see-through bar top. The restaurant extends to the upstairs where there are function rooms all housed in the grain loft surrounded by beautiful brick walls. The coffee shop in the same complex is situated in the old stables, still featuring the original horse stalls and with the wooden brackets on the walls which held the saddlery 100 years ago. The restaurant and coffee shop are fully used by the caravanners on-site as well as visitors from the area and beyond.

Mr and Mrs Brockshaw will be presented with the Peniarth Estate Silver Trowel, given by the late Col J F Williams-Wynne CBE DSO MA FRAgS and a Society memento on Tuesday 19 July at the Royal Welsh Show.