RWAS appoints the next Chief Executive 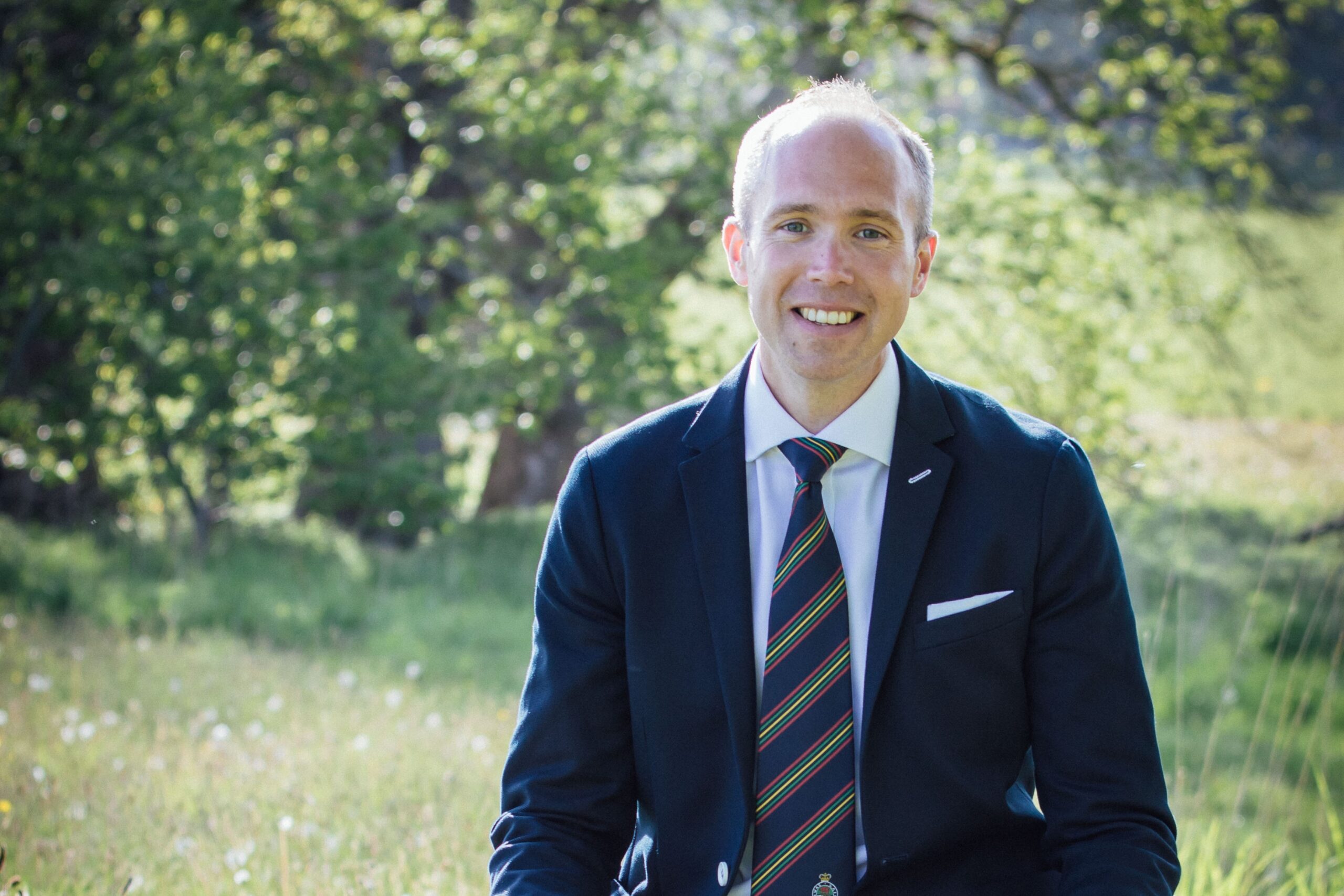 The Royal Welsh Agricultural Society is pleased to announce that Aled Rhys Jones has been appointed as the next Chief Executive, to succeed Steve Hughson upon his retirement later this year. Aled will take up the role on the 1st of September prior to Steve’s departure at the end of that month.

Aled, who lives in Llandeilo with his wife and daughter, is a well-known figure in Welsh agriculture. Aled grew up on the family’s hill farm near Cwrt-y-Cadno in North Carmarthenshire and played an active role in the Young Farmers movement, which culminated in him being named National Federation of Young Farmers Clubs Senior Member of the Year for England and Wales in 2012.

After graduating from the University of Reading with a First-Class Honours Degree in Land Management, Aled spent the early part of his career as a Land Agent and became a qualified Chartered Surveyor and Agricultural Valuer. He later joined the Royal Welsh Agricultural Society as the Assistant Chief Executive between September 2013 and December 2017. During that time, he was awarded a Nuffield Farming Scholarship to study the role of Agricultural Societies and Shows. Upon completing his Scholarship, he presented his report at the 2016 Nuffield UK conference and was awarded the John Stewart Shield for the best presentation.

Since leaving the RWAS, Aled has used his skills in broadcasting, becoming the lead presenter of the BBC Radio Cymru farming news programme, Bwletin Amaeth. He has also spent three years as the Chief Operating Officer of the Central Association of Agricultural Valuers (CAAV), alongside several freelance projects and Directorial positions. Throughout that time, Aled has remained heavily involved with agricultural shows and events, using his knowledge and Nuffield research to help societies with their strategic planning and facilitation.

Commenting upon his appointment as the next Chief Executive, Aled Rhys Jones said;

“Since 1904, the Royal Welsh Agricultural Society has been a constant in a sea of change, and I am honoured to be taking on the role of Chief Executive as it enters its next chapter.

Once again, farming is facing a significant period of change and the role of the Society in championing the very highest standards in farming and building a community that understands and values Welsh agriculture is now more important than it has ever been.

The Royal Welsh means so much to so many; it has played a big part in my life, and so, it is a huge personal honour and responsibility to take on this role. I’m keen to build on its success, safeguarding what is such an important part of our national identity for generations to come. People are central to this success and all the Royal Welsh stands for, and I look forward to working alongside the talented team of staff, volunteers and members who make it all happen, to showcase Wales and what it means to be Welsh.”

“Aled’s background and experience will be hugely valuable to the Society as it looks forward to the challenges and opportunities that lie ahead. Aled will bring his strategic vision and strong personal qualities to the role”.

The Royal Welsh Agricultural Society welcomes and congratulates Aled on his appointment and thanks Steve for his outstanding contribution over the past ten years.

Society,
More News
The Royal Welsh show season begins in style at the Smallholding and Countryside Festival
The Royal Welsh Grassland Event - Thursday 12th May
RWAS continue to support the COVID response in Powys and extend lease for vaccination programme