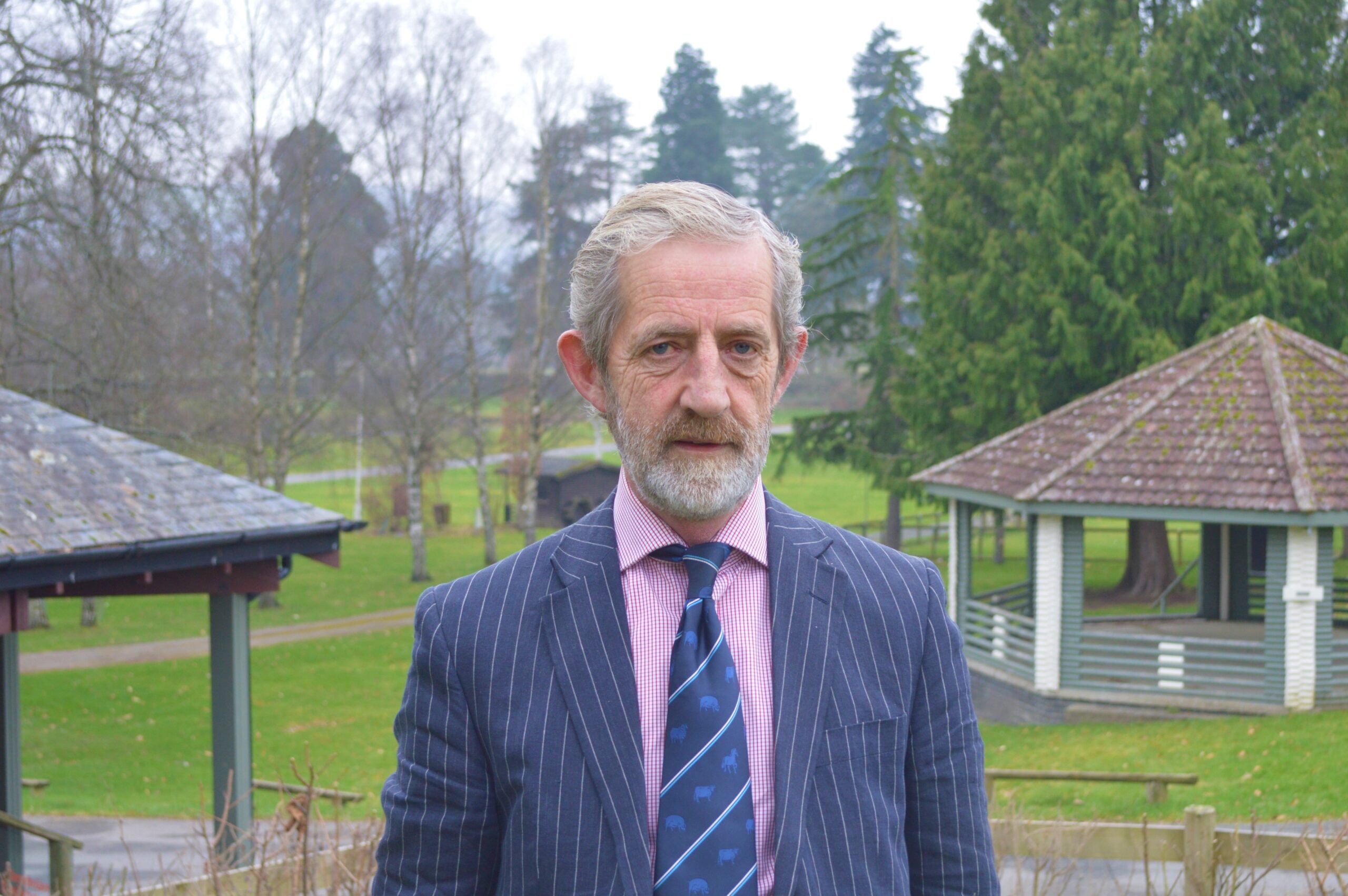 Following the appointment of Mrs Nicola Davies as the Chair of Council, Mr Alwyn Rees now steps in as the new Vice Chair after being appointed by the Society.

Mr Rees, who farms at Caeceinach, Pennal in Meirionnydd has been involved with the Society for many years and contributes to several of the Society’s Committees, currently Chairing the Royal Welsh Winter Fair Committee. Alwyn has judged many livestock competitions, including the Welsh Mountain Hill Sheep Section, the Supreme Beef Champion at the RWAS and the Butchers Lamb Hill Breed Section at the Winter Fair.

Alwyn’s dedication to the industry has resulted in many accolades. In 2014 he was made a Fellow of the Council of Awards for Royal Agricultural Societies. In 2015, he was awarded the RWAS John Gittins Memorial Award for outstanding contribution to the Welsh Sheep Industry and in 2016 was the Chair of the Royal Welsh Grassland Event, hosted by Meirionnydd Feature County at the Rhug Estate, Corwen.  More recently Alwyn was elected in his home county as the new President for Meirionnydd YFC.

Other previous roles within the industry include Chairman of Meirionnydd Welsh Mountain Hill Sheep Society, Council member for Wales for the British Charolais Society, and World Charolais Congress Welsh Chairman.

Alwyn’s role as Vice Chair of Council will be to work with the newly appointed Chair, Mrs Nicola Davies, in the delivery of the Society’s goals and ambitions.

Nicola Davies said that Alwyn’s appointment as Vice Chair of Council is recognition of his commitment to the RWAS over many years.

“He is a highly respected beef and sheep farmer and has led the Winter Fair Committee very ably in his role as Chair. The RWAS is very fortunate to have someone of his calibre willing to undertake these important roles.”

In accepting the role at the January Council meeting, Alwyn sincerely thanked the Society’s Council members for the honour and privilege in his appointment as Vice Chair of Council. He commented that he’d started exhibiting and stewarding with the Society over 40 years ago and has been involved in “the engine room” of the Society. Alwyn is very much looking forward to working with Nicola and the whole team.

Society,
More News
Professor Wynne Jones takes the helm as the new Chairman of the RWAS Board
RWAS appoints the next Chief Executive
The Royal Welsh show season begins in style at the Smallholding and Countryside Festival