David Lewis steps down as RWAS Chairman of Council 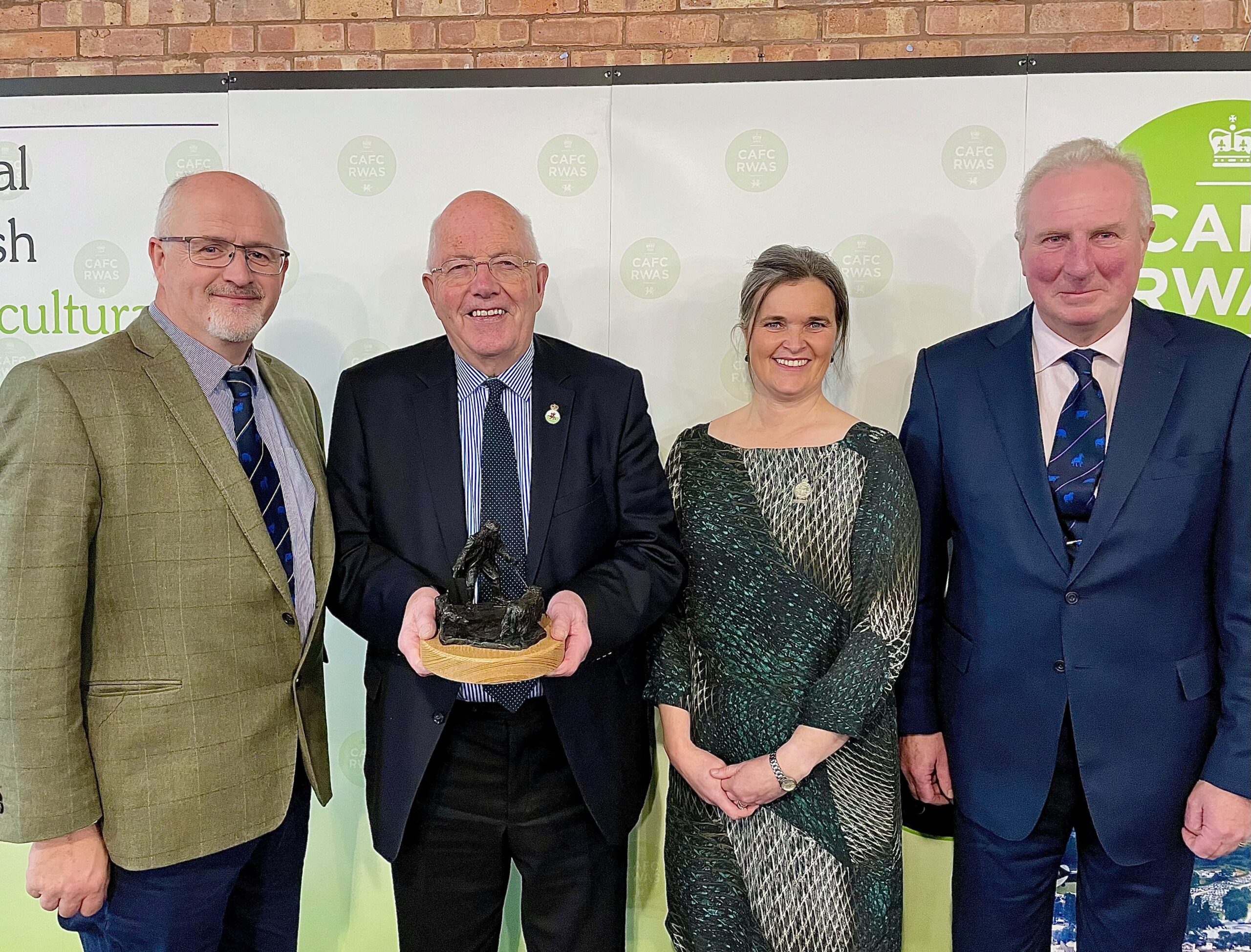 Chairman of the Council, Mr David Lewis DL FRICS FLAA FRAgS stepped down from his role during the RWAS Council meeting last week at the Royal Welsh Showground in Llanelwedd.

Members of the Council who have been unable to meet since the last meeting in December 2019, due to the Coronavirus pandemic, met last Friday (10th December 2021) in person at the Showground with the option to join virtually also. During the Council meeting, Mr David Lewis stepped down as Chairman of the Council after beginning his term back in 2012.

Mr Lewis’ enthusiasm for the industry has made him one of the few people to hold all of the highest offices within the Royal Welsh Agricultural Society since he joined as a member in 1976. In addition to being one of the Society’s principal cattle commentators for over 40 years, Mr Lewis was the Royal Welsh Show President in 2005 and has previously held the position of Chairman of the Board of Directors. In 2017 Mr Lewis was awarded the Society’s Gold Medal for his ongoing achievements and outstanding contribution to the Society.

During the Council meeting, members thanked him for his service to the Society and shared touching tributes of his time as Chairman, remarking on how he has been a mentor for many within the Society. The current Vice Chair, Mrs Nicola Davies will now step in as Acting Chair of the Council until a new Chair is appointed.