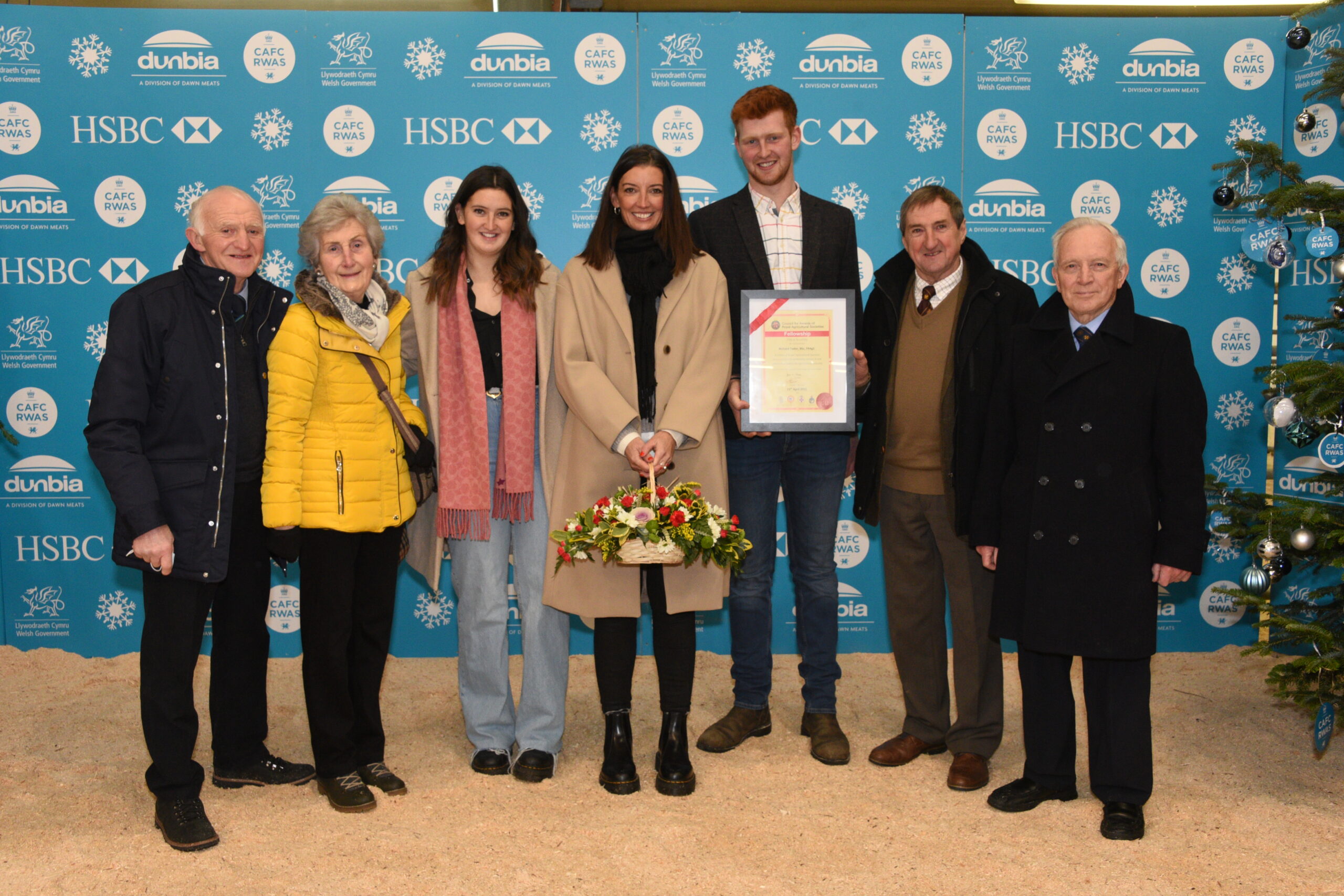 The Tudor family received a CARAS Fellowship at the opening ceremony of the Royal Welsh Winter Fair earlier this week on behalf of the late Mr Richard Tudor. CARAS (The Council for Awards of Royal Agricultural Societies) rewards individuals outstanding contribution to the Agricultural Sector through the awards of Associateship and Fellowship.

Richard Tudor was a highly respected and well-known figure in the agricultural industry whose death last year shocked and saddened the community. Richard’s achievements were reflected on at the opening ceremony of the Winter Fair in Llanelwedd, where the Tudor family were presented with the award.

In June 2015 Richard Tudor became an Associate of CARAS for his submission ‘Improving Suckler Efficiency at Llysun’. Richard farmed Llysun with his parents Tom and Ann Tudor along with his wife Catrin, and two children Morgan and Lois. In 2016, Richard was named Farmers Weekly Beef Farmer of the Year and lauded for his efficient management at Llysun. To broaden his farming knowledge, he travelled the world, both as a Hybu Cig Cymru and Nuffield Scholar, and shared his research widely with the wider farming community as well as putting it into practice on the farm.

In 2018 Richard planned to replace the entire beef herd with dairy cows. With a new rotary parlour installed at Llysun, milking started in early Spring 2020, however Richard was tragically killed on the farm in April 2020. His son Morgan and the family now continue with Richard’s dream for dairy farming at Llysun. A future built on Richard’s vision, leadership and outstanding legacy.

The Society’s spokesperson said: “We are delighted that Morgan was one of just three national finalists for the Countryfile ‘Young Countryside Champion’ Award, which is an award presented annually by BBC Countryfile, and celebrates young people who are making a positive impact in the countryside. Morgan is a truly inspirational young person with great drive, passion and determination, and fully supported by his family, ensuring that Richard’s legacy lives on.”

Society, Winter Fair,
More News
Kick off the festive season with a visit to the Royal Welsh Winter Fair
Professor Wynne Jones takes the helm as the new Chairman of the RWAS Board
RWAS appoints the next Chief Executive