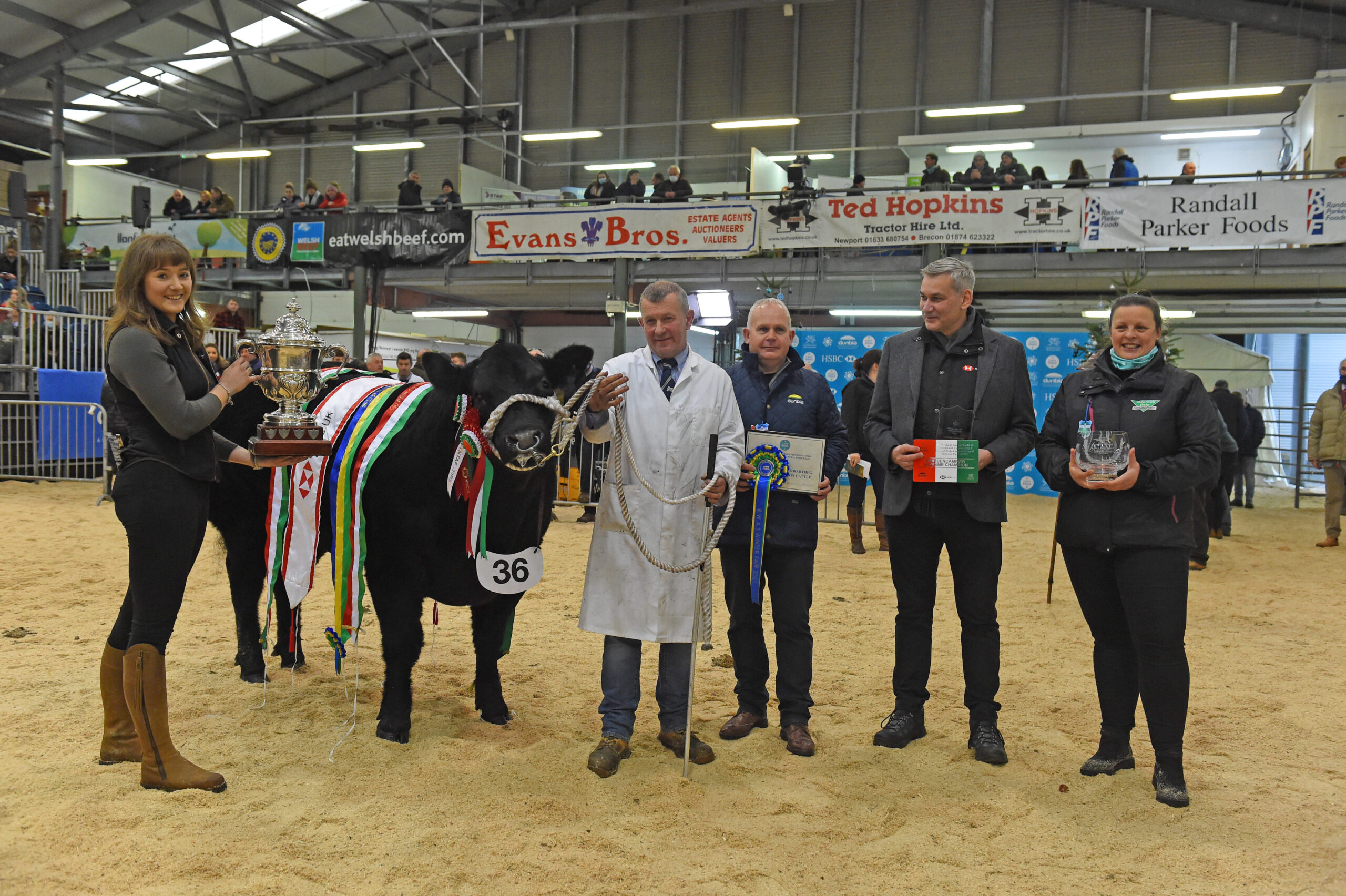 The Royal Welsh Winter Fair has been a resounding success as the first major event on the Showground in Llanelwedd since 2019. The Society and visitors have greatly missed the event and it has been brilliant to welcome everyone back this year to see some of the greatest UK prime stock and get into the festive spirit.

After what has been a challenging couple of years, we are delighted to look forward to a prosperous future and to many more events to come. Alwyn Rees, Chairman of the Winter Fair committee, said; “We have been thrilled to welcome back our loyal exhibitors, tradestands, members and visitors who have supported us over the years.”

Primarily a trade event, the Winter Fair provides a perfect opportunity to network with fellow farmers, producers, suppliers and buyers, and has become the ideal hub to discuss and do business.

As an event full of business and industry leaders, the Winter Fair is fast becoming the perfect place for stakeholders to come together. The Society is pleased that the Winter Fair has once again been able to play a role in facilitating discussions between some very influential individuals and organisations, which affect the future of Welsh agriculture and the rural economy.

One of the most prestigious titles to be won at the event each year, the supreme cattle champion, was awarded to ‘Read All About It’, a British Blue X heifer, exhibited by Tippets & Williams. Later sold by our official auctioneers, McCartneys, for an impressive £8,000 and was brought by Mr Kitson from North Yorkshire.

Elsewhere on the showground, the winner of our best overall tradestand award went to British Charolais Cattle Society Ltd.

This year saw over 400 trade stands including the Food Hall where visitors were able to sample the finest of Welsh produce. The late-night shopping evening again saw thousands of visitors indulging in some Christmas shopping and enjoying the festive atmosphere and spectacular firework display.

“As the Winter Fair comes to an end we can once again be proud of what has been achieved. We are delighted to be able to hold the event after what has been a challenging 18 months. It has been great to welcome everyone back to the Showground to celebrate and showcase Welsh agriculture and its produce.” says Winter Fair Director, William Hanks.

“We are indebted to the huge amount of hard work and dedication from the many volunteers, stewards, traders, sponsors and, of course, the visitors. It is as a result of the commitment from these loyal Winter Fair supporters that the event has been such a success.”

A summary of results:

Read all about it, British Blue X heifer, exhibited by Tippets & Williams. Sold for £8,000 to Mr Kitson of North Yorkshire.

A Beltex X pair, exhibited by I T Davies & Sons. Sold for £500/head to Morgan Livestock