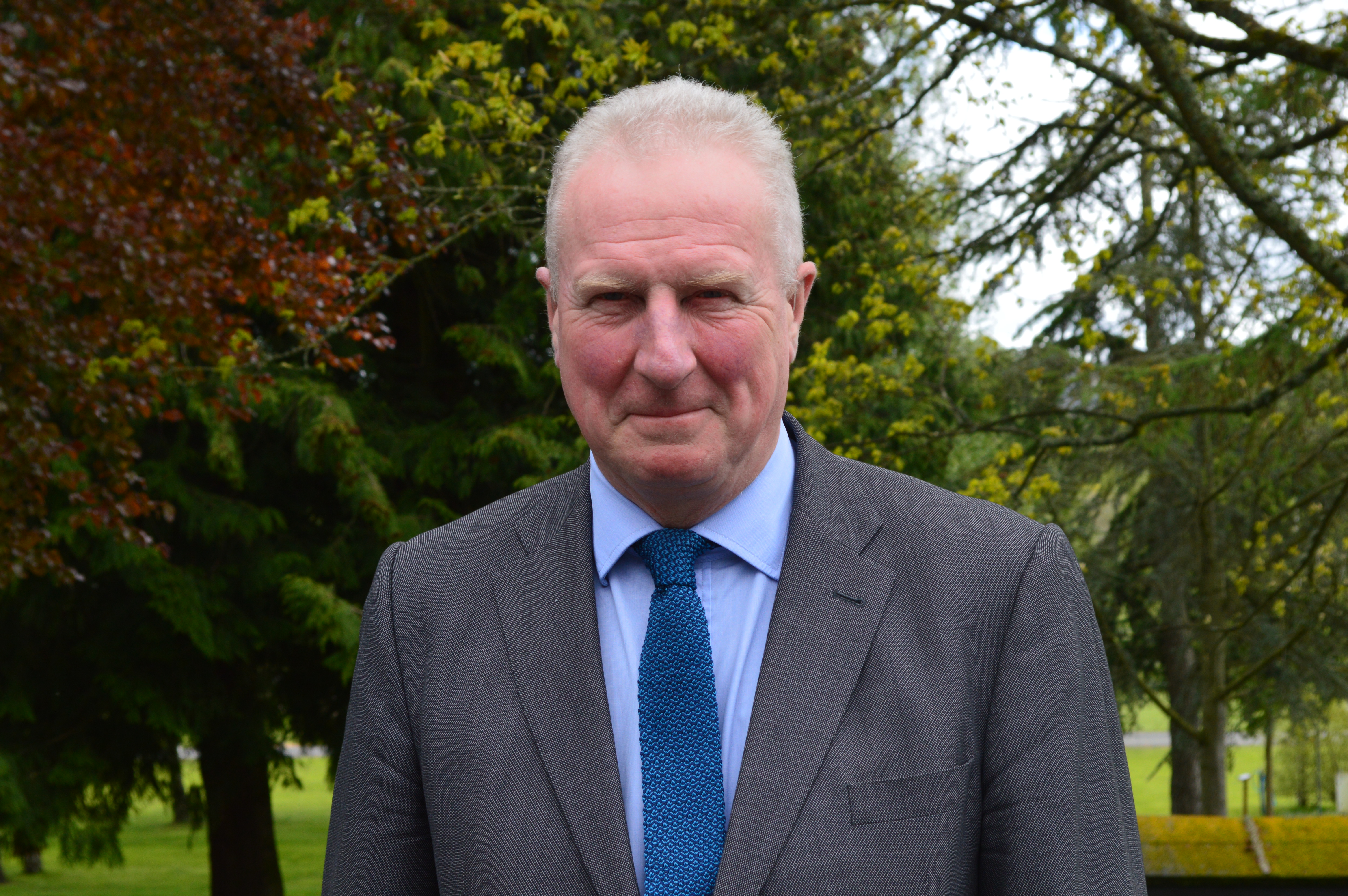 For many, Mr Harry Fetherstonhaugh is the leading figure behind the success of the Royal Welsh Show, but after 25 years Harry retired as Honorary Show Director and took on the new role as the Royal Welsh Agricultural Society’s President for 2020.

It is during the society’s annual council meeting, held this year at the showground on Friday 6 December, that the society’s feature counties begin and end their term of office. Following in the footsteps of the 2019 Feature County of Pembrokeshire, it is now the turn of Clwyd to take up the mantle for forthcoming year of 2020, with Harry leading from the front.

Introduced by the Chair of the Clwyd Advisory Committee, Mr Richard Tomlinson, said that Harry has already made a huge impact on the committee’s efforts during his time as President Elect and that they were all excitedly looking forward to the next 12 months.

Harry’s association with the Royal Welsh spans a lifetime, with his family involvement going back through the generations. Harry’s father, Major David Fetherstonhaugh, was Honorary Show Director for 21 years, retiring in 1989. Harry himself has stewarded in various sections of the show since 1977, including as Chief Security Steward, Assistant Honorary Director of Administration and Deputy Show Director.

Harry is also the chairman of the Show Administration Committee, Planning and Development Committee and Vice-Chair of the society’s Board of Directors. In 2004 he was awarded a society Gold Medal for his exceptional services to the society as Honorary Show Director. Harry was presented with the award by Her Majesty the Queen during her visit to the show in the society’s centenary year.

In 2001 Harry was awarded OBE for services as Forestry Commissioner for Wales.  He also served as Deputy Chair of the Timber Growers Association (TGA) for fifteen years and as Chair of the TGA Welsh Committee for eight years. He has also been a School Governor for 30 years, and was appointed Lord Lieutenant of Clwyd in 2013.

In accepting the presidential role, Harry said “Having my fellow peers on our county advisory committee voting for me to be the president in our feature year is both an enormous honour and most humbling.

“My 40 odd years of involvement with the Royal Welsh have been a joy, and throughout this period I have made countless friends, for which I will be eternally grateful.

“The Clwyd year will now step up a gear from an already hectic 2019, with fundraising activities on a weekly basis with the prerequisite that all events must be fun!”

Also taking over the reins last week was Ms Lowri Lloyd Williams. Lowri, introduced by Secretary of the Clwyd Advisory Committee, Mrs Ruth Davies, was officially elected as the society’s first Ambassador for 2020.

Clwyd’s preparations began in earnest 12 months ago, under the excellent guidance of the advisory committee. With dozens of events such as camel racing, country fairs, sponsored walks, ice-skating rinks, pimms and puddings, bingo evening and much more, having already taken place, the fundraising efforts of the busy county are now in full swing.

With many more events planned for 2020, the committee are also studiously working behind the scenes organising the 2020 Royal Welsh Grassland Event, which will be held on Thursday 7 May at Coleg Cambria – Llysfasi, Ruthin, Denbighshire

Next year will be the fifth time Clwyd has been the feature county since the Royal Welsh Show settled permanently at the showground in 1963. The unique structure of feature counties and advisory committees is what sets the society apart from others and ensures the people of Wales retain ownership of the events. The fundraising efforts of all the counties since 1963 have contributed millions of pounds which are invested back into the showground, making it one of the finest in Europe. This has created a real sense of shared ownership to our site.