Admired farmer from Ceredigion wins the prestigious John Gittins Memorial Award for her lifetime contribution to the Welsh sheep industry. 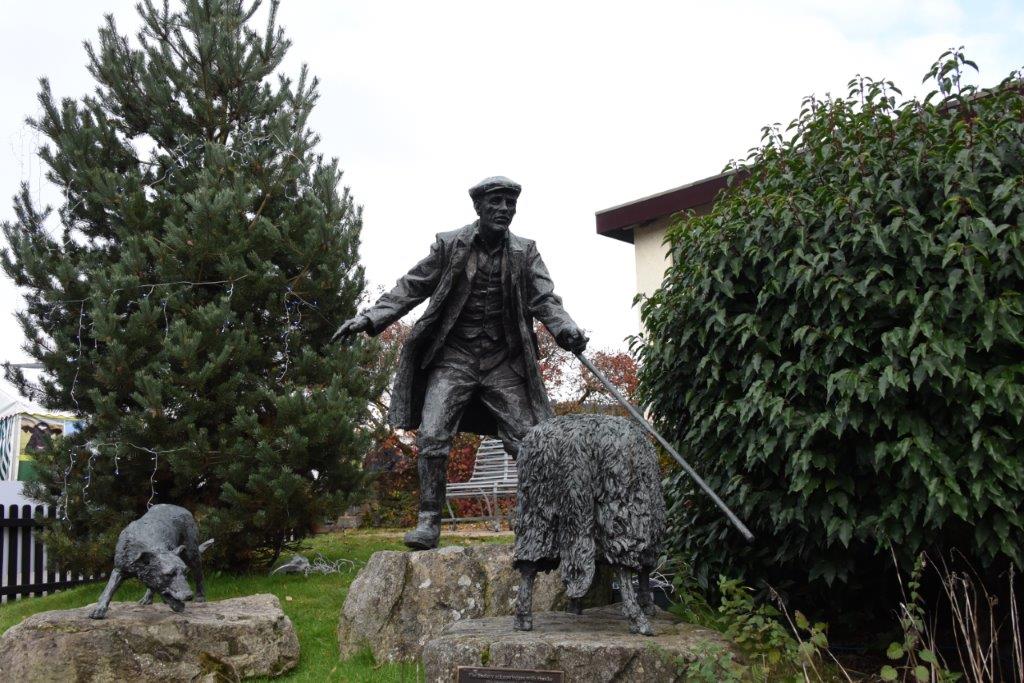 One of the most prestigious prizes in Welsh agriculture, the John Gittins Memorial Award for outstanding contributions to the Welsh sheep industry, has been won this year by Mrs Margaret Dalton from Llangybi, Lampeter.

Margaret has worked tirelessly to make a success of her Welsh hill farm and raise two sons following the death of her husband, Don, just 12 years after they bought the farm in 1963. Furthermore, Margaret has still found time to hold numerous positions within the sheep industry.

Former NSA Cymru/Wales Chairman Margaret has also taken on roles within her county NFU branch, agricultural discussion group and show society. A champion of women in agriculture, she has been involved in the Women’s Food and Farming Union and has won NFU and NFU Cymru Woman Farmer of the Year Awards.

Alwyn Rees, representing the Royal Welsh Agricultural Society, Kevin Parry, from the Welsh Mule Sheepbreeders Association and Tim Ward, from the National Sheep Association Wales made up the panel of judges for the award.

Interviewing a shortlist of three candidates, the judges agreed that all three were equally worthy of the award. “The quality of candidates this year was, once again, outstanding, but after careful consideration we finally agreed that the John Gittins Memorial Award should be given to Mrs Margaret Dalton in recognition of her lifetime contribution to the Welsh Sheep Industry.” remarked the judges.

Margaret was awarded an OBE in 2001 for her services to Agriculture and to the community in Ceredigion, and in 2010 was awarded Fellowship of the Council for Awards of Royal Agricultural Societies for her continued commitment to agriculture. Margaret also jointly won the 2013 NSA George Hedley Memorial Award for her contribution to the Sheep Industry.

Margaret continues to take a lead role in the sheep, beef and poultry enterprises at home whilst her sons run a successful quad bike dealership. She continues to campaign for the legislation of ‘skin on sheep meat’ production, which she believes could open up a multi-million pound market for UK sheep producers.

She will be presented with the award on Monday 25 November at the Royal Welsh Winter Fair.