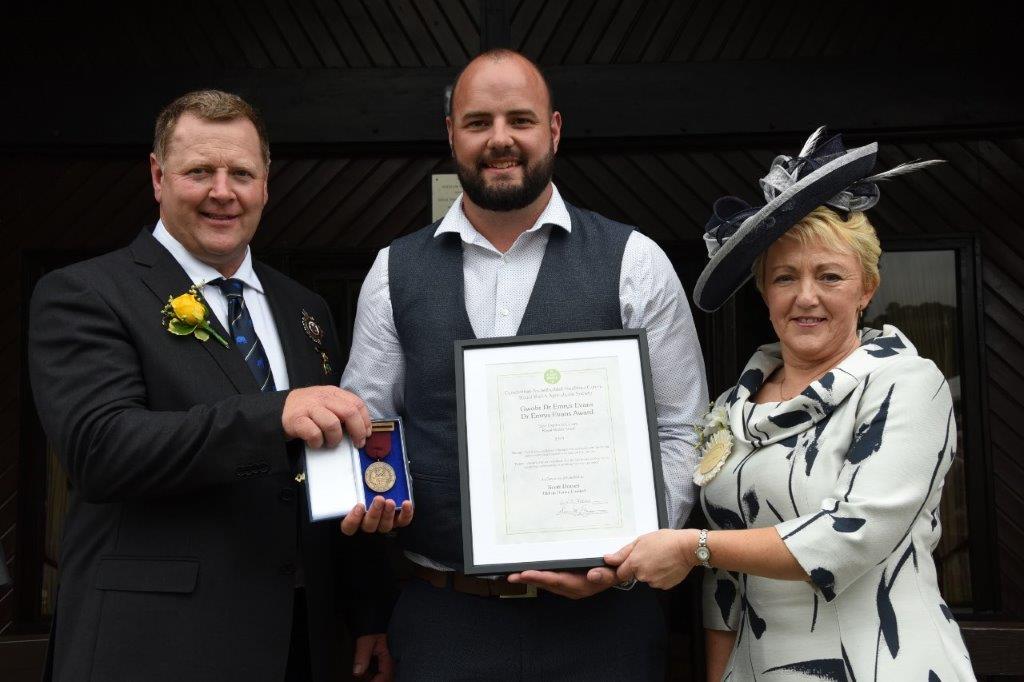 This year there were nine candidates for the award, kindly sponsored by Mrs Mair Evans, all of whom were assessed on their proficiency in marketing, wholesaling or retailing their own produce.

We were extremely impressed by the high standard of entrants to the Dr Emrys Evans Award this year.” remarked the judges, Mr David Morgan MBE FRAgS and Mr Tim Dowdeswell BA(hons). “Indeed, if these nine individuals are in any way representative of the younger farmers and producers in Wales, the future of the Welsh Agri-food industry is a bright one.”

The candidates were all from very diverse backgrounds and represented a wide variety of different businesses located throughout Wales. However, the judges commented that all had a huge amount of enthusiasm for the marketing, promotion, and selling of their produce. They also noted that common to all the businesses was their excellent use of social media as a way of getting their products in front of a wider audience.

“Narrowing down such a strong line-up of entries to just one winner was a hard task, with each demonstrating shear passion for their products and a desire to get these to the market place. However, we felt that Scott Davies is a worthy recipient of this year’s Dr Emrys Evans Award with a business story that is truly inspirational.” added the judges.

As a hill farmer’s son who left school with three GCSEs, and following an accident at work, Scott decided to start keeping bees, initially selling his honey door-to-door, and then to a local shop.

Scott then took out an overdraft of £5000 to invest in equipment, to brand his business, and to take a stand at a food event in London, which led to his first wholesale customer.

He quickly developed the business, whilst learning about marketing, selling, management and finance. Social media has been at the heart of the promotion of his brand and within eight years Scott has turned a few hives on his dad’s farm into Hilltop Honey, a brand that is now on most of our supermarket shelves, and a major player in the UK honey market.

A certificate and medal will be presented on Monday 22 July at the Royal Welsh Show in memory of Dr Emrys Evans, a Royal Welsh gold medalist and chairman of the Royal Welsh Agricultural Society’s board of directors, who died on the eve of the centenary show in 2004.